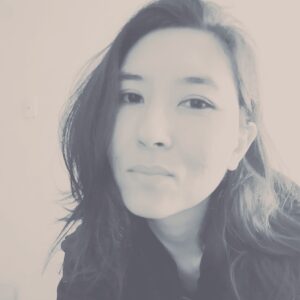 GC student Stephanie Lou George recently presented a paper entitled “‘It used to be all Hindi’: The Global Resonance of Indo-Guyanese ‘Madrasi’ Sonic Practices for Invoking a Local Tamil Diaspora” at Society for Ethnomusicology annual conference!

In this presentation, Stephanie drew from Juan Flores’s idea of diasporic music making and exchange as forms of “cultural remittances” in The Diaspora Strikes Back: Caribeño Tales of Learning and Turning (2009) to discuss how a growing number of Indo-Guyanese practitioners of “Madrasi Religion” in the United States newly harness an “ancient Tamil” origins narrative to reinvent and revitalize ecstatic goddess worship in Guyana through “cultural remittances” of music and spirit mediumship in seeking to belong to South Asian American diaspora culture. She argued that the appeal of this diasporic narrative and recent attempts to sound Tamil are attributed to the emergence of Indo-Guyanese racial subjectivities in the U.S. context and the ongoing stigmatization of the sounds of Madrasi Religion resulting in the perception that knowledge is lacking in Guyana.