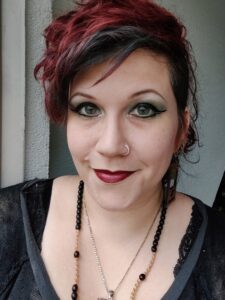 GC student Kathryn Straker to present a paper entitled “At Home with the Exotic: The Celtic and the Oriental as Mutual Otherworlds in British Psychedelia” at the upcoming AMS/SMT 2020 on November 14th. Congrats, Kathryn!

About: Appropriations from Near Eastern music are a well-known psychedelic signifier in 1960s folk and rock, and in this paper I use Derrida’s concept of slippage to look at how orientalism coincides with native British elements in psychedelia. Both the Celtic and Oriental are saddled with spiritual tropes, and as objects cherry-picked out of their parent cultures, they become empty vessels for receiving the artists’ meaning, leading to further slippage in which shared musical traits that facilitate a sense of endlessness become the primary psychedelic signifiers.