The following are students who are currently enrolled in the CUNY Graduate Center Music Theory Program. 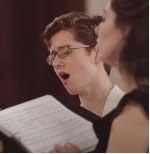 Annie Beliveau is a vocalist, keyboardist, composer, and choral conductor, with a degree in music from Middlebury College. She has recorded and performed professionally as a singer with Choral Chameleon, and also studies and performs with Yasna Voices, the New York Bulgarian Women’s Choir. She has given lecture-recitals at Columbia University and Middlebury College, as well as teaching ear training and serving as a guest teaching artist with the 92nd Street Y and the Abrons Art Center. Her scholarly interests range from Bulgarian music to medieval Christian chant, voice-leading in the music of Gesualdo, and the music of composers such as Borodin and Liszt. https://www.anniebeliveau.com/

Stephen Gomez is a music theorist and a trumpet player who has performed with jazz groups, funk bands, pit orchestras, and other ensembles. He has a degree in music education form Ithaca College and an MM in music theory from Indiana University, and he has taught music theory and ear training at Indiana University, Hunter College, and Queens College. He is working on a dissertation entitled  “Form in Hip-Hop: Techniques, Aesthetics, and Meanings.” He has presented  talks at national and regional conferences on topics such  rhythm in the music of Franz Schubert, jazz and hip-hop, and digital literacy in music pedagogy. Also, he co-chaired the CUNY GSIM 2021 conference and is a dedicated long-distance runner. https://www.runningtheory.org

Erin Johnston is a music theorist and a vocalist with degrees from Vanier College and McGill University. She has taught music theory and ear training at McGill and CCNY.  Her areas of interest include the study of classical form, romantic harmony, narrativity and musical meaning, integral serialism, and music pedagogy, with a special interest in the symphonies of Gustav Mahler.  https://commons.gc.cuny.edu/members/johnstonerin/ 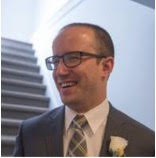 Timothy Mastic  is a saxophonist and a graduate of Butler University,  University of Oregon, and Butler Community Arts School. As a music theorist, his scholarly interests include the music of Joseph Haydn, sonata form, 18th-Century Form, rock, lyrics as poetry, and the music of the Dave Matthews Band. He has taught at Brooklyn College and University of Oregon. He is writing a dissertation entitled “Analyzing the Songs and Albums of Dave Matthews Band.” He is also skilled at digital technologies, and has worked extensively at constructing videos and other multimedia projects.  https://commons.gc.cuny.edu/members/tmastic/ 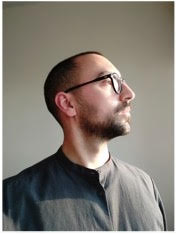 Shayan Mokhtarani is a composer, music theorist, and pianist. He studied composition with Michael Jarrell at the University of Music and Performing Arts Vienna and with Jason Eckardt at the Graduate Center of the City University of New York. His music has been performed in Austria, Belgium, Iran, and the United States. In Vienna, he was an assistant to Jean Bernard Matter at the Joseph Haydn Department of Chamber Music, Early Music, and Contemporary Music. As a Ph.D. student in Music Theory, Shayan’s focus points are the study and analysis of contemporary music and Critical Theory with an emphasis on the aesthetic theory of Theodor W. Adorno. He is currently a Graduate Teaching Fellow at the City College of New York where he teaches Music Appreciation. Shayan is also an avid inline speed skater and chess player. https://commons.gc.cuny.edu/members/shayanmokhtarani/

Rebecca Moranis is a music theorist and flutist. She holds a Master of Arts in music theory and a Bachelor of Music in flute performance with a minor in mathematics, both from the University of Toronto. Rebecca’s research interests include contemporary and 20th-century music analysis, computational music theory, and music cognition. Her research on timbre and memory was supported by a Canada Graduate Scholarship from the Social Sciences and Humanities Research Council (SSHRC). Rebecca has taught music theory, ear training, university-level math, and math outreach classes at University of Toronto. She has been a member of Barbara Hannigan’s Equilibrium Young Artists since 2021. Rebecca received her ARCT in Piano Performance from the Royal Conservatory of Music and is a professional ballerina with Opera Atelier. 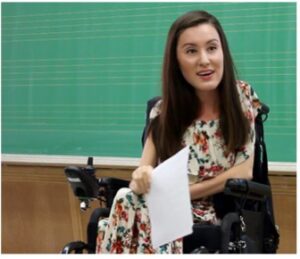 Demi Danielle Nicks, a graduate of Stetson University and Florida State University, is a music theorist with a background as vocalist and composer. She has taught music theory and aural skills at FSU and Hunter College. Her scholarly interests include musical narrative and examining works by Györgi Ligeti, Igor Stravinsky, and Lili Boulanger through the lens of trauma and disability studies. She has presented talks at regional conferences on the music of Ligeti, and is a member of the SMT Committee on Accessibility and Disability. Among other honors, she has been the recipient of the Presser Scholar Award and the Doris Williams Davis & William McClure Davis Endowed Award. https://nicksdemi.wixsite.com/deminicks/bio 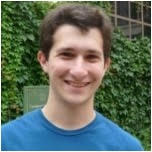 Nathan Pell,  a graduate of Princeton University and Mannes College, has taught at Queens College, Mannes, and William Paterson University. A cellist, composer, conductor, and music theorist, he has published an article on Brucker in Music Theory Online  and has given many presentations at national, international, and regional conferences on the topics of intersections between music analysis and performance. In connection with the SMT Performance and Analysis Interest Group, which he co-chairs,  he has launched a discography of underrepresented classical performers. He is currently working on a dissertation entitled “Repetition and Division in Tonal Music.”  https://commons.gc.cuny.edu/members/npell/

Ben Schweitzer is a music theorist and composer, originally from Massachusetts. He studied composition with Salvatore Macchia at the University of Massachusetts Amherst and music theory at Queens College, CUNY, where he wrote a thesis, advised by David Schober, on Mahler’s Sixth Symphony. His interests include modernism, post-tonal theory, and Japanese music of the 20th and 21st centuries. Ben also enjoys photography, reading, and being outside in nature. He is currently working on an opera.

Jong Song has studied at SUNY Potsdam College and Queens College. In addition to his work in music theory, he is an accomplished flutist and beatbox flutist who has as performed in a variety of different ensembles and spaces, ranging from solo performances in Irish pubs, to being part of the World Peace Orchestra at David Geffen Hall. His scholarly interests include the study of the music of Astor Piazzolla, Schenkerian analysis, and pop and rock music. He is currently exploring recording and mixing techniques as agents of tension and release and possible articulations of form. He also works as a personal trainer. https://www.jongwooksong.com

Stephen Spencer is an active composer and music theorist who teaches at Baruch College and Hunter College. As a composer, his music employs extended playing techniques, auxiliary percussive materials, and live electronics to elicit a visceral and emotional response. His current research questions focus on the relationship between auditory perception and aesthetics, and the notion(s) of timbre and sound quality throughout music history. He has/is preparing to present conference talks on topics that range from timbre in the music of Edgar Varèse to that of the rock group Jesus and Mary Chain at the MTSMA,  MTNSYS, SMT and elsewhere. https://www.researchgate.net/profile/Stephen-Spencer-4

Lina Sofia Tabak, a graduate of Florida State University, is a music theorist and brass player (specializing in euphonium) whose areas of scholarly interest include the study of rhythm in Latin-American music, hypermeter in the music of Igor Stravinsky, and harmony in musical theatre. She teaches music theory at Brooklyn College. She has given numerous presentations at regional and national conferences, and her talk “Pulse Dissonance in Colombian Currulao” won the 2020 SMT Student Presentation Award. https://commons.gc.cuny.edu/members/linatabak/ 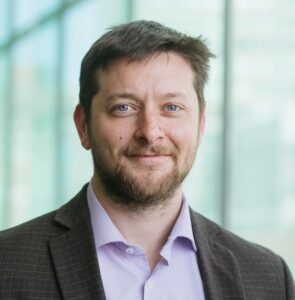 Charlie Weaver is a lutenist and theorbo player who has performed and recorded with the New York Philharmonic, the Philadelphia Orchestra, the Chamber Music Society of Lincoln Center, the Boston Early Music Festival Chamber Ensemble, and many other opera, chamber, and orchestral ensembles.  He teaches historical plucked instruments and historical theory at Juilliard and has also taught at the Lute Society of America Summer Workshop, the International Baroque Institute at Longy, the Madison Early Music Festival, and St. Joseph’s Seminary. He currently serves as organist and director of music at St. Mary’s Church in Norwalk, Connecticut. At CUNY, he has taught at Brooklyn College and Baruch College. He has lectured extensively on partimenti, chant, and early notation in various conferences, workshops, and invited lectures, and has published on these topics in the journal Sacred Music. For an extensive list of his various blog articles on early music and a more extended biography, see here. 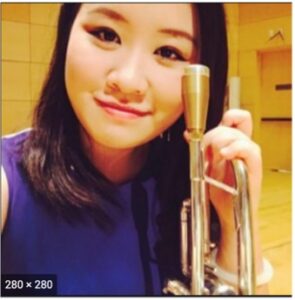 Alice (Bai) Xue previously studied at the University of International Business and Economics in Beijing, where she received a degree in Economics and International Logistics. She also studied music theory and trumpet performance at SUNY Binghamton, Mannes College, and Temple University.  She teaches at Hunter College and has previous taught theory and ear training at Hofstra University and math and music to elementary school children in Beijing. Her scholarly interests include the study of tonal music, the music of Igor Stravinsky, intersections between hip-hop music and jazz, and African music. In 2018, she presented the talk “Levels of Pitch Organization in Stravinsky’s In Memoriam Dylan Thomas” at the MTSMA conference. She also plays trumpet with a salsa band, is the owner/music director Fluffy Chow Entertainment, and is an artist for Amazon, for whom she designs art for tee-shirts and hoodies. https://commons.gc.cuny.edu/members/alicexuetrp/