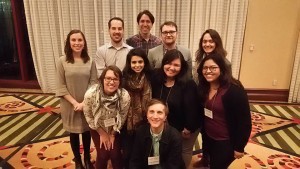 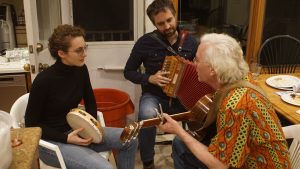 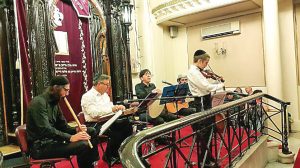 Joseph Alpar (back row, second from right) as vocalist and percussionist in Sephardic music concert at Istanbul’s historic Ashkenazi Synagogue, June 2015. Concert sponsored by American Research Institute in Turkey and the Istanbul Jewish community; Prof. Ruhi Ayangil on kanun, Korkutalp Bilgin on cello and guitar, and Osman Öksüzoğlu on ney. 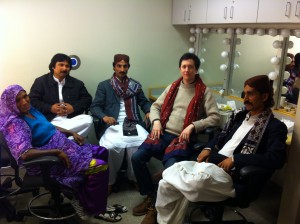 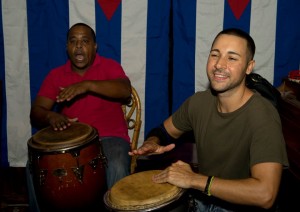 Johnny Frias (right) at the conga 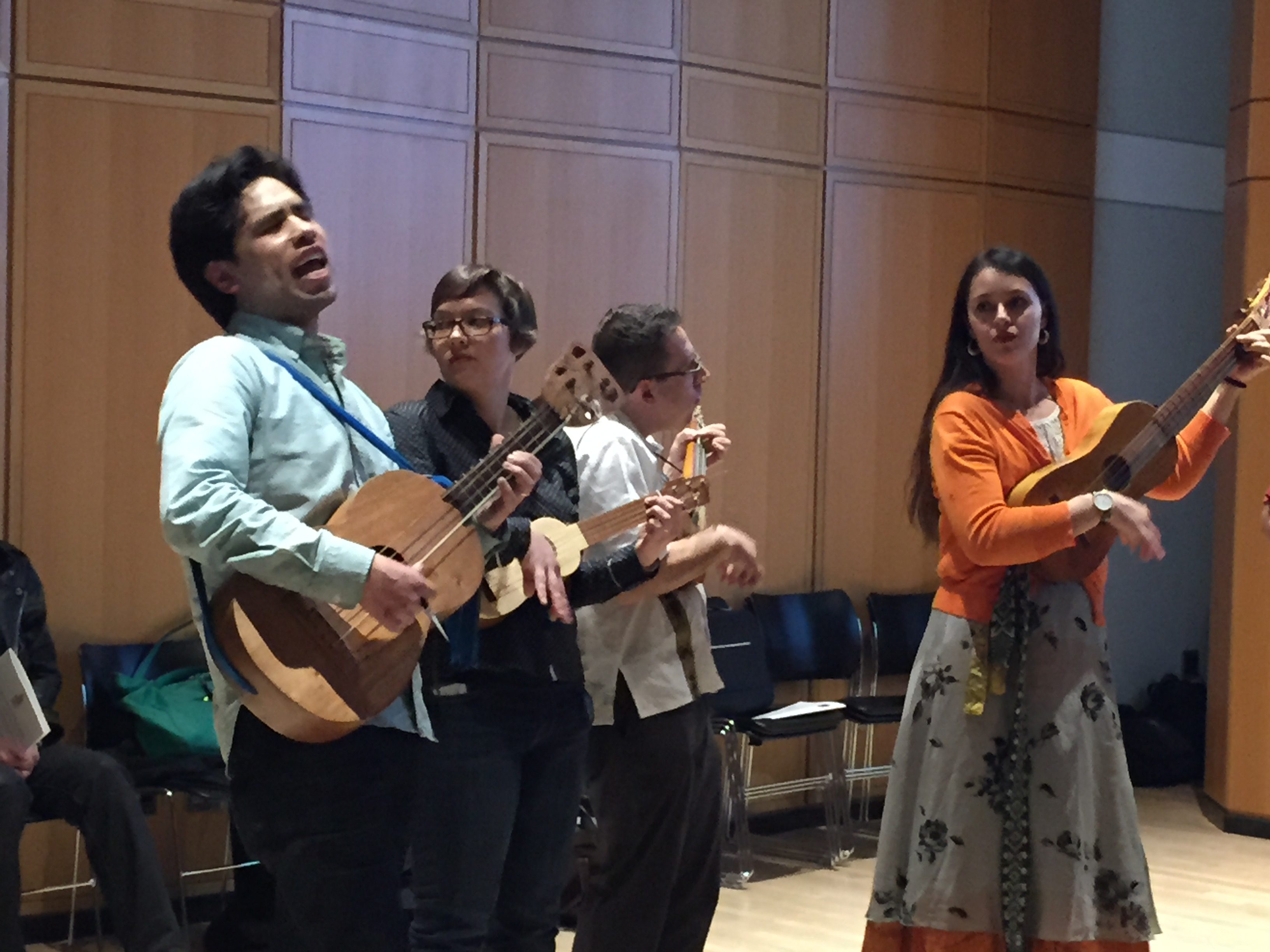 Carlos Cuestas and Emmy Williamson (1st and 2nd from left) participate in a Veracruz-style fandango, capping off an international symposium on the Fandango held at the Graduate Center, April 2015

If you are a current student in the GC Music Program and would like your name and information added to this list,
please fill out the Current Student Information Form.