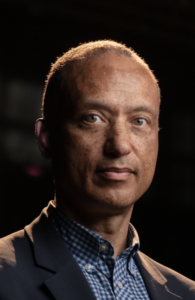 On April 9th, Professor Ewell presents the James W. Pruett Lecture in Music and Culture on the University of North Carolina at Chapel Hill’s Symposia in Music and Culture Series. An associate professor and performing cellist at the Hunter College at CUNY, music theorist Philip Ewell’s work centers on critical race theory, harmony and mode in Russian music, and popular music studies. He is also in the process of publishing a series of blog posts entitled Music Theory’s White Racial Frame: Confronting Racism and Sexism in American Music Theory. His book, Kaleidoscope of Cultures: A Celebration of Multicultural Research and Practice, appeared in 2010, and Ewell has since been a frequent publisher of academic articles (in Popular Music, Music Theory Spectrum, and Contemporary Musicology, among others) and edited volumes (Hip Hop at Europe’s Edge and Stravinsky in Context, forthcoming).

View all posts by Gregory Hartmann →